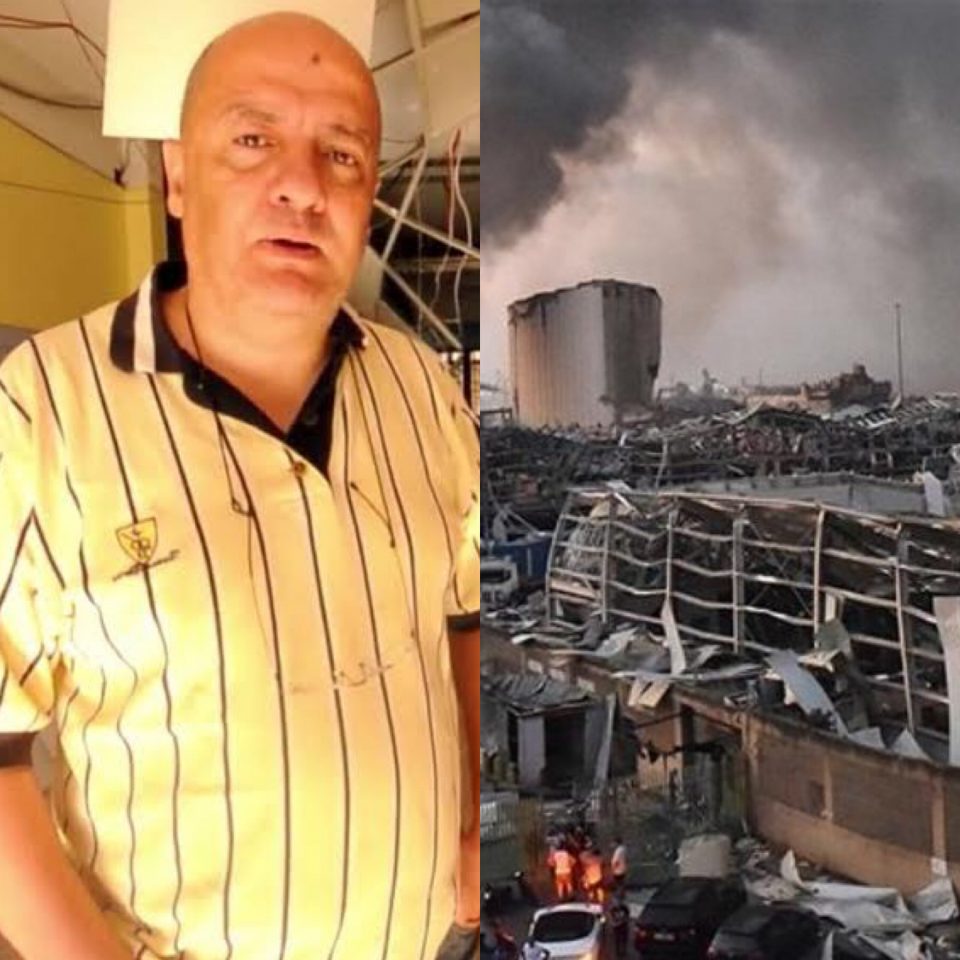 Pastor Said Deeb of Life Center Church in Beirut said the day of the massive explosion, a strange feeling came over him – a combination of anxiety, anger, and sadness that shook him to the core.  He said he prayed with his staff but didn’t get a break-through and couldn’t shake the feeling that something bad was going to happen.

“I don’t know why, I was so rude, I told everyone, ‘Go home, go home, just close the Center’,” Pastor Deeb explained. “But people said, ‘How come? We came a long way, we have commitments, we have meetings.’ I said I don’t know why but please go home and come back on Sunday and it was a Tuesday afternoon,” he said.

So Pastor Deeb sent his entire staff of 34 people home and canceled all children’s Bible classes after sensing something terrible was about to happen.

“It was as if the Holy Spirit is saying, Go! Go! Go! Go! So I was saying everybody go home, turn off the computers, forcing them to leave, I was forcing them and they said, ‘We are cooking, cooking food for the refugees and for the poor,’ and I said, ‘Today cancel everything, put it in the fridge’.”

“They were thinking I lost my mind but they didn’t know and I didn’t know it was the Holy Spirit’s prompting.”

Life Center Church Beirut sits only about a mile from the explosion epicenter. He says the blast blew out windows and doors to the 4,000-square-meter facility and would have surely taken lives if anyone had been there. More than 200 people lost their lives in that explosion, thousands were injured, and tens of thousands are now without homes. But Pastor Deeb says he is seeing the Church come together more now than ever before on behalf of Beirut.

“The need all around us is huge, so people were coming from all over Lebanon to help clean the area where we are and we started sending them food and giving away drinks. And I thank God for the Body of Christ, people keep calling me from all over the world asking how they can help.  It’s the first time in my life I feel like the International Church is united together to help Lebanon and to help Beirut,” Deeb said.

Obedience indeed is better than sacrifice.

What Would You Say?

Do Your Words Hurt or Heal by Andrea Herzer!

Give Yourself Permission by Joyce Meyer!

Driver In Court For Stealing GH¢39k From His Boss Account

Give Your Life Away