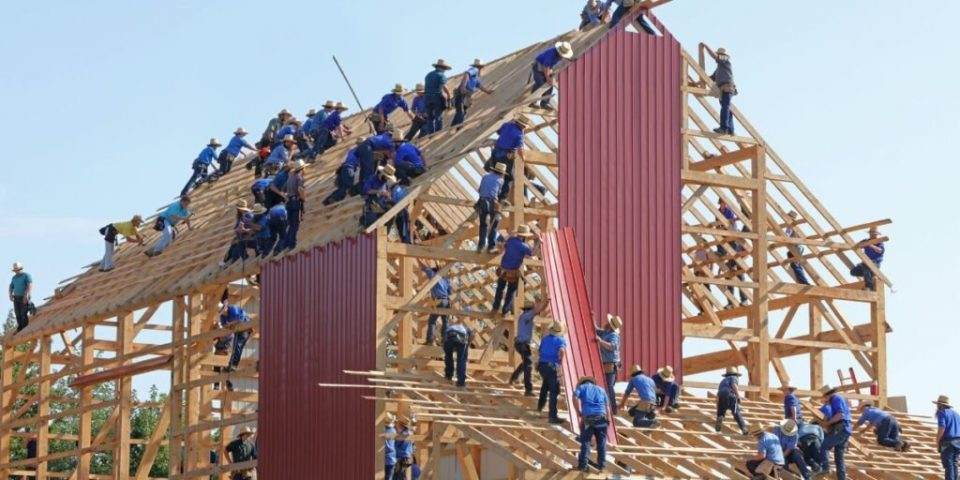 My family and I were kayaking down the Sawn River over my recent vacation, and as we paddled, we went by some of the most beautiful waterfront properties I have ever seen. These houses were stunning, and you could tell the owners spent a lot of time and money building them. Most of the houses were vacation homes that successful people had built as a getaway from their busy lives. The homes were a testament to their hard work. As Believers, we are called to arise and build, but it is God’s Kingdom, not ours.

“So I answered them and said to them, “The God of heaven will give us success; therefore we His servants will arise and build, but you have no portion, right or memorial in Jerusalem.”

A Heart for the Lord’s Work

Nehemiah was an interesting person. He had risen the ranks of the slaves from Israel to be the cupbearer for the king. He tested all of the food served to the king before he ate it to prevent anyone from poisoning him. That made him one of the most trusted people in the kingdom. At the same time, he had a heart for Israel and wanted to see it prosper. Hearing that the walls were torn down gave Nehemiah a heavy burden he couldn’t remove. So he decided to do something about it and ask the king if he could rebuild the city.

You Can Do Both

We can be both successful in the workplace and highly effective for God. We can rise the ranks, build an excellent reputation, and be trusted by our superiors and still have the heart to reach the lost. God is looking for men and women who will arise and build his kingdom. It could be a project at your church or one at a remote mission in a hard to reach area. I know a police chief who spent most of his vacation time going to Nepal to minister at an orphanage.

Where is God calling you to arise and build? You don’t feel the call to ministry, but you want to do your part. Be open to the doors God opens for you. Make time to be used for the Lord’s work. You won’t regret it, and it might lead you to new opportunities. The king was reluctant to let Nehemiah go, but he did, and Nehemiah eventually became the governor of Israel.

What is the Temperature of Your Heart?

Season Your Speech with Grace