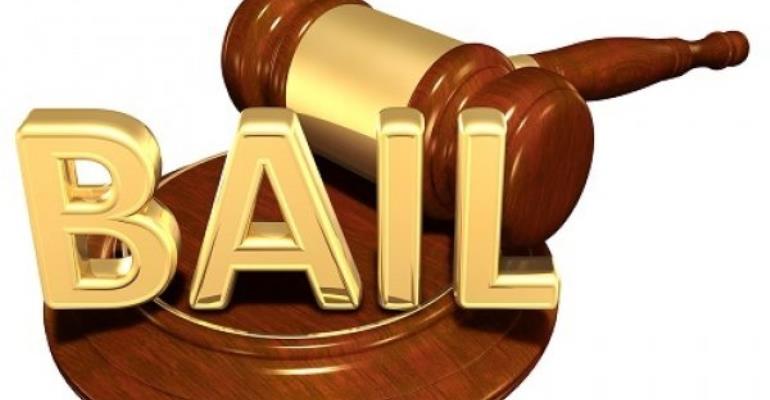 An Accra Circuit Court has granted a GH¢ 40,000.00 bail with two sureties to a driver for allegedly forging the signature of his employer to steal GH¢ 39,000.00 from his bank account.

The Court ordered that one of the sureties should be a public servant.

Joshua Essiabra has denied the 18 counts of forgery and theft and he is to make his next appearance on July 9.

Meanwhile, the Court has given the prosecution two weeks to file its disclosures.

Police Chief Inspector Boateng said the accused was an employee of the complainant who had been sending him to withdraw monies from his GCB Bank account on the Spintex Road.

He said on January 8 and January 14, 2019, he received text messages from the bank concerning his balance which he realized was less than he expected so he drew the bank's attention to it.

Prosecution said the bank also informed him that it was the accused who had withdrawn monies on those dates.

He said the complainant who had not authorised the accused to withdraw money on the aforementioned dates, reported it to the Sakumono Police for investigations which led to the arrest of Essiabra.

Chief Inspector Boateng said during investigations, it came out that nine leaflets of the complainant's cheque book with their counterfoils were missing.

He said Police further detected that the accused stole those cheque leaflets, forged the complainant's signature, wrote his name and an amount on them on different occasions and also took advantage of his familiarity with the bank officials and succeeded in withdrawing GH¢39,000.00 from the complainant's account.

He said a search conducted in the accused's room found a book with the title, “The Army Lawyer” and a sheet of paper with series of forged complainant's specimen signature on it.

The prosecution said the accused in his cautioned statement admitted the offence and told Police he spent part of the amount in acquiring one-and-half plot of land with sand and cement blocks at his village, Amosima in the Central Region.

He said after investigations the accused was charged and put before the Court.

A New Kind of Living!

God Will Supply All of Your Needs