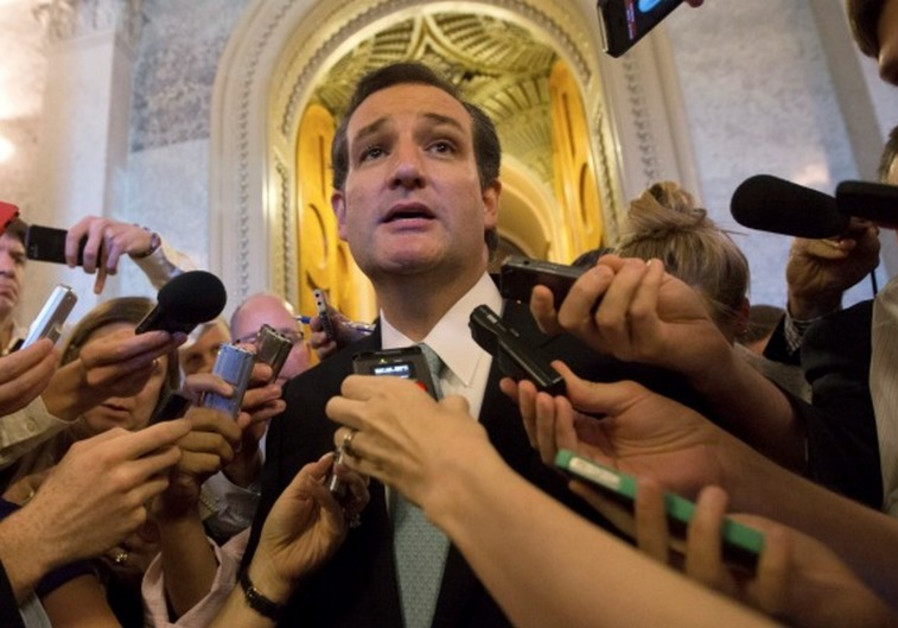 'Those who hate Jews hate Christians': A closer look at Ted Cruz

Cruz is no stranger to letting his religion influence his politics, and he often embraces the crossroads between the two.

A staunchly conservative, Christian and pro-Israel Senator from Texas, Ted Cruz, became the first candidate from either party to announce his run for the American presidency in 2016 on Monday, and he is hoping that his religious constituencies will support him.Cruz is no stranger to letting his religion influence his politics, and he often goes as far as to embrace the crossroads between the two. He made his campaign announcement while speaking at Liberty University, an Evangelical Christian school in Virginia. His traditional christian values appeal to many of his current Texas constituents, along with other Republicans and members of the Tea Party. He is the son of an evangelical Pastor, but Cruz now calls himself a Baptist, and is an ardent supporter of Israel.“Those who continue to hate Israel, hate America,” Cruz said in Washington DC in September at an event called, In Defense of Christians. “Those who hate Jews, hate Christians. If those in this room will not recognize that, then my heart weeps for them.”While these comments got him booed off the stage at the time, the senator has continued to vocally support Israel.Ted Cruz: “Imagine a president who stands unapologetically with Israel”“Instead of a president who boycotts Prime Minister Netanyahu, imagine a president who stands unapologetically with Israel,” Cruz said during his announcement of candidacy on Monday at Liberty University. This time around, he received a long round of applause for the statement.While Cruz was born in Canada to an American mother and a Cuban father, he renounced his Canadian citizenship last year, according to reports. The son of an evangelical pastor, Cruz also invoked religion in his announcement, hoping to galvanize his Christian constituency.The Texan senator has repeatedly stood with Israeli Prime Minister Benjamin Netanyahu during his time in office. In November 2013, he called on Iran to recognize a Jewish State, and has repeatedly condemned Obama’s nuclear deal with Iran, underscoring it’s danger to the State of Israel.“There is one threat on the face of the planet right now that poses a meaningful possibility of once again exterminating 6 million Jews, and that is a nuclear Iran,” Cruz said the Monday before Netanyahu gave his speech to Congress.Evangelicals and devout Christian alike tend to stand with Israel, so Cruz’s pro-Israel stance helps him appeal to both the Jewish and Christian communities. Additionally, Cruz appeals to traditional Christian values; he’s against gay marriage and abortion and often mentions the “sacrament of marriage” and the “sanctity of human life” when speaking of hot-button social issues.About 40 percent of Republican primary voters consider themselves evangelical or born again, according to Reuters/Ipsos polling. This may give Cruz a boost in early-voting states such as Iowa, where 57% of Republican caucus attendees identified as evangelical or born-again Christians in 2012.He even invokes religion when speaking on foreign policy. During his speech on Monday, Cruz accused Obama of playing down the religious elements of Islamic State and fostering conflict with Israel, both crucial issues for evangelical Christians.Cruz even turns to religion when it comes to national politics, stating that America's rights and freedoms do not come from man, but rather “come from God almighty.”Cruz markets himself as an alternative to centrist Republican candidates, such as former Florida governor Jeb Bush and Wisconsin Governor Scott Walker, who will likely announce candidacy soon; yet it is unclear as to whether this strategy will win Cruz the Republican nomination. Cruz came in third in an informal poll of activists last month at the Conservative Political Action Conference, and Reuters/Ipsos tracking polls show him tied with five other potential candidates, though well behind both Bush and Walker.sign up to our newsletter

The Blessing of Work