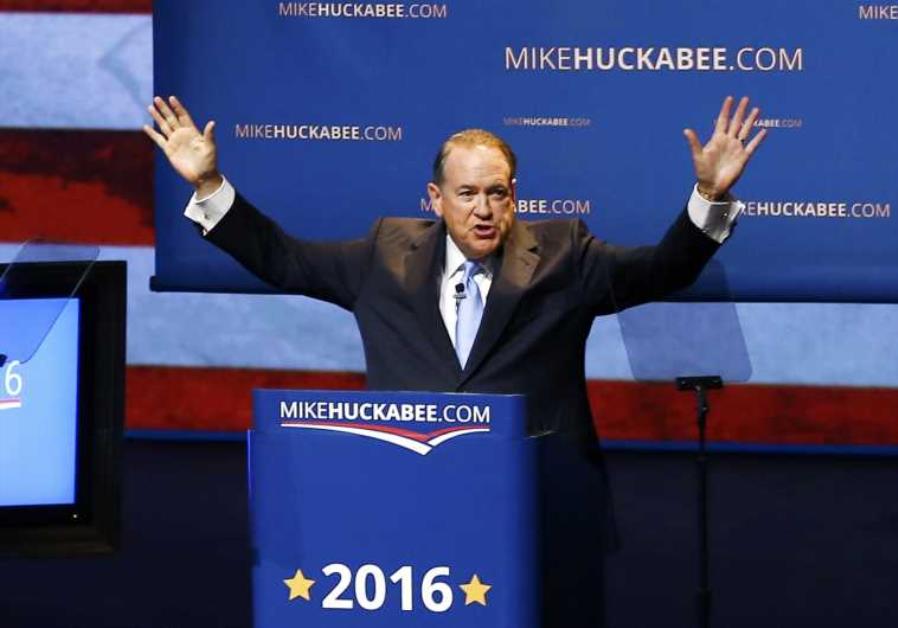 “Washington is more dysfunctional than ever and has become so beholden to the donor class who fills the campaign coffers” Huckabee said during his campaign announcement on Tuesday.

Mike Huckabee, the conservative Southern Baptist pastor, threw his name into the ring for the 2016 presidential campaign on Tuesday, making him the only Holy Land tour guide in the race thus far.Huckabee, who formerly served as the governor of Arkansas, quit his show on Fox News earlier this year in order to pursue a run for the White House. He ran for President in 2008, but failed to clinch the nomination. This time around, he plans to expand upon his traditional base, a difficult task considering his background. Before he was a politician, Huckabee spent two decades working in the Southern religious community. Before he was a preacher, he began his career as a staffer for televangelist James Robison.”His convictions shape his character and his character will shape his policies. His whole life has been shaped by moral absolutes,” Robison said of his time with Huckabee.In 1980 Huckabee became pastor at Immanuel Baptist Church in Arkansas, and in 1986 he became pastor of the Beech Street Baptist Church. While with Immanuel, he encourages the all-white congregation to accept black members. From 1989-91 he served as president of the Arkansas Baptist State Convention before entering politics in 1992. Huckabee’s stage presence and political charisma no doubt stem from his time leading Baptist congregations. Same thing goes for his staunchly traditional conservative beliefs. Huckabee’s record on issues such as gay marriage, women’s rights and immigration make him an extremely polarizing candidate.While running for president in 2008, Huckabee emphasized his traditional values, which led him to capture evangelical voters and win the all important Iowa Caucus. But his strict conservative views prevented him from claiming the nominee spot, as a much more socially moderate candidate, Mitt Romney, emerged from the GOP field. This time around, Huckabee hopes to recapture traditional social conservatives, but also to expand his voter base to others within the Republican Party. During his campaign announcement in Hope, Arkansas, the candidate focused less on his religion-based convictions and more on his plans to help the working class and recover the economy. “Washington is more dysfunctional than ever and has become so beholden to the donor class who fills the campaign coffers that it ignores the fact that one in four American families are paying more than half their income for housing,” he said. Huckabee’s far-right beliefs and outspoken manner have led him to take some swings at the current administration. After Barack Obama compared the modern brutality of ISIS to 11th century Christian crusades during a prayer breakfast in February, Huckabee attempted to rectify the situation while speaking on the “Fox and Friends” morning talk show on Fox News Channel. “Everything he does is against what Christians stand for,” Huckabee said. “And he’s against the Jews in Israel. The one group of people who can know they have his undying, unfailing support would be the Muslim community.”As a result of his zealous love for Israel, Huckabee has taken countless trips to the Holy Land, most recently this February, when he led a guided tour of over 200 Evangelicals throughout the country to witness Israel’s biblical sites. He’s also been outspoken against a two-state solution. He has been similarly vocal in the fact that if elected, America will return to being a strong partner of Israel. But, most often on these Israel trips, Huckabee can be heard quoting Genesis 12:3 “And I will bless those who bless you, And the one who curses you I will curse you.”sign up to our newsletter

The Outpouring of the Holy Ghost by Rev. Eastwood Anaba!