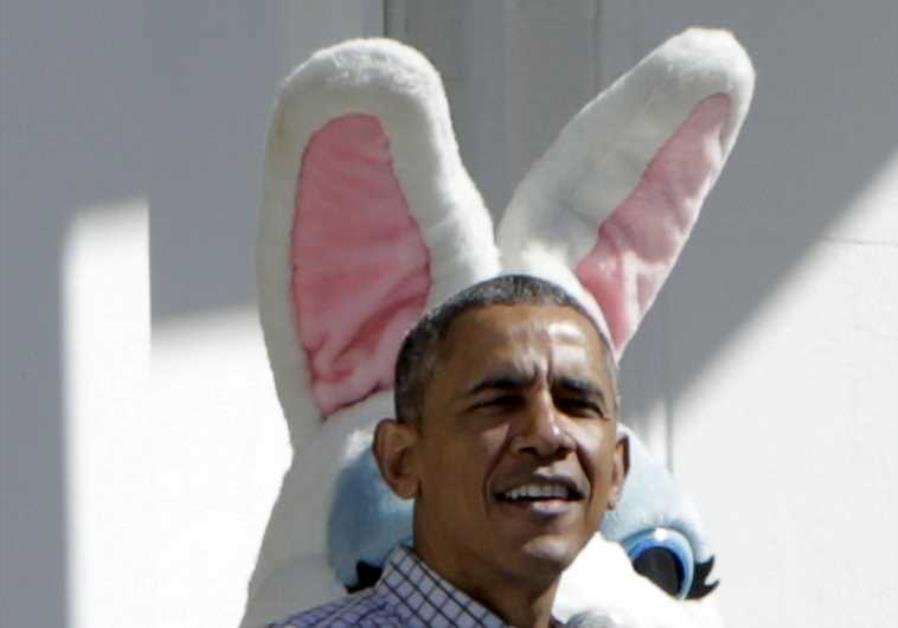 Previously the President has refrained from speaking of religion, but during the Easter prayer breakfast, he listed Christianity as a strong influence in his life.

For a leader who usually shies away from invoking religion, especially in regard to current events, US President Barack Obama talked at great length about the Christian faith during the annual Christian prayer breakfast at the White House on Tuesday.Obama has repeatedly refrained from invoking religion as the cause of religious persecution, and has been criticized for avoiding to do so. In February his administration refrained from linking the 21 Coptic victims of ISIS beheading to their Christian faith. Most recently, he has failed to mention the fact that the nearly 150 Kenyans executed at a university gun attack this week were all Christians. Yet on Tuesday, Obama didn't shy away from talking about the faith at all. Going as far as to attribute its influence to much of his decision making and moral compass. While discussing his own faith amongst the group of Christian leaders, Obama jumped from script to make allusions to Christians who use their faith as justification for violence. “On Easter, I do reflect on the fact that as a Christian, I am supposed to love. I have to say that sometimes when I listen to less than loving expressions by Christians I get concerned… but that's a topic for another day,” he said to laughter and applause.Obama talked about how “the celebration of Easter puts our Earthly concerns into perspective” and reflected on the life of Jesus Christ, stating that he often fails to live up to his example.”Today, we celebrate the magnificent glory of our risen Savior,” he said. “I pray that we will live up to His example. I pray that I will live up to His example. I fall short so often. Every day I try to do better. I pray that we will be strengthened by His eternal love. I pray that we will be worthy of His many blessings.”Upon quoting Dr. Martin Luther King Jr., Obama said that Easter was both a beacon of hope and a reminder of responsibility. He further encouraged the crowd that better days lie ahead, but it is the responsibility of the living to see them to fruition. Obama's pious sounding remarks during the East breakfast are among the few times the President has invoked religion in a public speech. Most recently, the President's remarks during a February prayer breakfast in D.C., comparing ISIS with the Crusades, raised some eyebrows and caused great backlash. His more muted religious remarks during the Easter occasion have yet to produce any negative responses. sign up to our newsletter

Finish Strong with Uncle Ebo Whyte on the IMD!