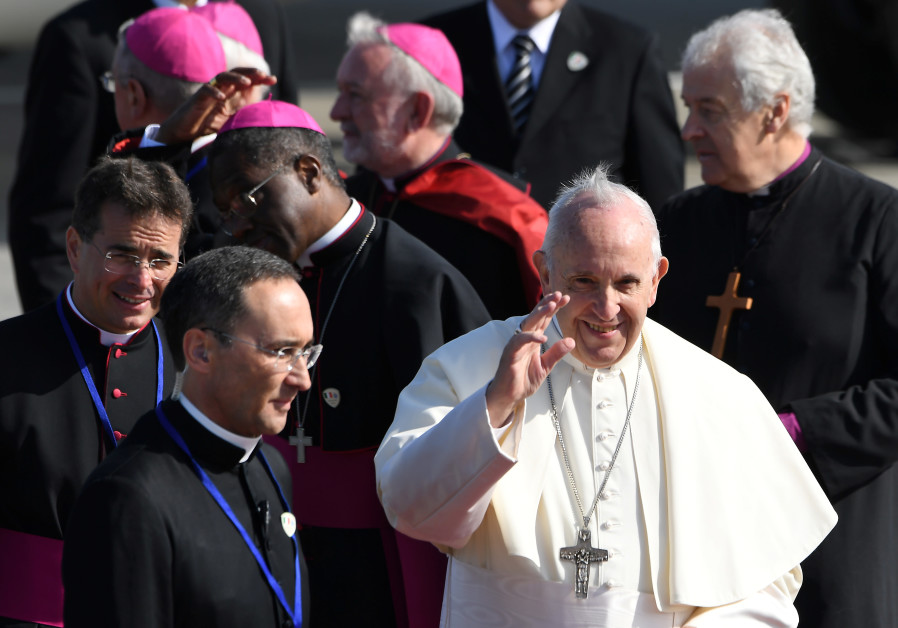 More than three-quarters of the Irish population flocked to see Pope John Paul II in 1979 at a time when divorce and contraception were illegal.

DUBLIN – Pope Francis arrived in Ireland on Saturday for a highly charged visit to a society transformed since the last papal trip 39 years ago and beset by the kind of abuse scandals that have mired the Catholic Church in crisis.More than three-quarters of the Irish population flocked to see Pope John Paul II in 1979 at a time when divorce and contraception were illegal. Today, Ireland is no longer staunchly Catholic and over the past three years, voters have approved abortion and gay marriage in referendums, defying the will of the Church.Numbers lining the streets or joining Francis in prayer are expected to be about a quarter of the 2.7 million who greeted John Paul II, marking how the rock that was once Irish Catholicism has eroded since child abuse cases came to light in the 1990s.”The Catholic Church is still very much part of our society but not at the centre of it as it was 40 years ago,” Prime Minister Leo Varadkar, who last year became Ireland's first gay leader, told the BBC ahead of the visit.”Ireland has become a very different place in the last 40 years and our relationship with the Church has changed principally because of so many revelations that have occurred around child sex abuse.”The pope touched down in a sunny Dublin at 0926 GMT where he was greeted by Irish Foreign Minister Simon Coveney, his children, who presented Francis with flowers, and a number of Irish bishops.He will begin the two-day visit by meeting Ireland's President Michael D. Higgins and Varadkar, who has promised to challenge the pope to do more in dealing with the abuse crisis.PROTESTS PLANNEDFrancis, facing sexual abuse crises in several countries, wrote an unprecedented letter to all Catholics this week asking each one of them to help root out “this culture of death” and vowing there would be no more cover ups.He will also travel to Knock, a small western village steeped in Catholicism that welcomes 1.5 million pilgrims a year, before finishing his trip by saying mass in Dublin's Phoenix Park, where a large cross erected for the 1979 visit still dominates the skyline.The 500,000 tickets issued for the mass were quickly snapped up, although an unknown number have been booked by a boycott group called “Say Nope To The Pope” which encouraged protesters to order tickets and not use them.Still, pictures of the pope were on the front pages of every newspaper on Saturday and there was excitement among some on Dublin's quiet early morning streets as the city centre prepared to go on lockdown amid tight security.”I'm delighted he is coming, I think it makes a great change from the last few years of bad news for the Church. I think it's an opportunity for a little bit of celebration and a little bit of looking at where we are at the moment,” said Dubliner Kyle O'Sullivan.Protests are also planned. Large images of abuse victims and the hashtag #Stand4Truth – promoting a gathering of survivors and supporters elsewhere in Dublin during Sunday's mass – were projected onto some of the city's most recognised buildings on Friday night, including Dublin's Pro Cathedral.A silent vigil will be held on Sunday at the site of a former Church-run home for unwed mothers where an unmarked grave with the remains of hundreds of babies was found in 2014.The Vatican has said Francis will meet Irish victims of clergy sexual abuse, but the pope will also be under pressure to address the recent scandals that have led to the Church's worst credibility crisis in more than 15 years.A damning report last week into abuse in the U.S. state of Pennsylvania, combined with scandals in Australia and Chile, have formed what one Vatican official called “a perfect storm” and already overshadowed a trip where the main purpose is to close a week-long international Catholic gathering.”He is welcome as a guest but he is going to have to take action rather than repeat platitudes if we are really going to have any respect for the Church generally,” said Helen Carey, a visual arts curator, walking past Dublin Castle where the state reception will be held.”We're saying, you have kind of dropped the ball. If you don't pick it up now and do the right thing, there is no future for Catholicism.” sign up to our newsletter

A New Kind of Living!