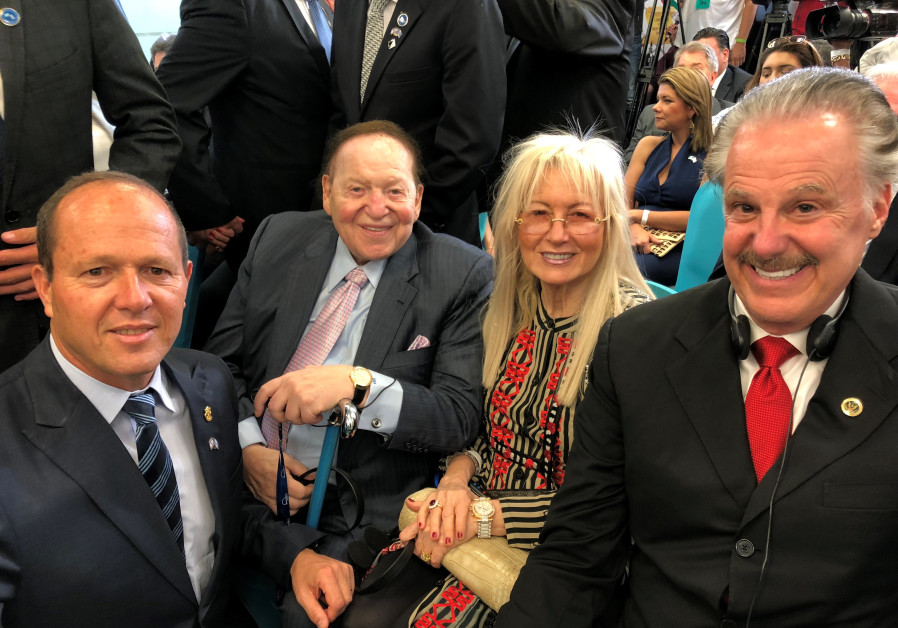 Morales was awarded the Friends of Zion Award a few months ago in a ceremony at the Guatemalan President’s Office to mark his steadfast support for strong Guatemala-Israel relations.

Dr. Mike Evans, founder of the Friends of Zion Museum, attended the ceremony in honor of the opening of the Guatemalan Embassy in Jerusalem on May 16. The ceremony, at the new embassy's site in the Malha neighborhood of Jerusalem, was also attended by dignitaries such as Jerusalem Mayor Nir Barkat, business magnates and philanthropists Sheldon and Miriam Adelson, and Prime Minister Benjamin Netanyahu.Dr. Mike Evans has launched a campaign stating “President Morales is a Friend of Zion,” referring to Guatemalan President Jimmy Morales. Morales visited the Friends of Zion Museum on May 15. He was the second head of state, after US President Donald Trump, to say he would move his country’s embassy to Jerusalem.Morales was awarded the Friends of Zion Award a few months ago in a ceremony at the Guatemalan President’s Office to mark his steadfast support for strong Guatemala-Israel relations.On May 15, Morales received an engraved Jerusalem stone, like the cornerstone of the new Guatemalan Embassy. The stone includes the symbol of the new embassy and is inscribed with the words (Psalms 122:6): “Pray of the peace of Jerusalem. May those who love you be secure.”“The stone is the cornerstone of Jerusalem, found in every square inch of this holy city,” Friends of Zion Museum founder Dr. Mike Evans said. “Thank you again Mr. President. We look forward [to Wednesday], a historic day for Israel, Guatemala and the world.”The Friends of Zion Museum is one of the newest attractions in Jerusalem, inviting visitors from all over the world to experience the courageous stories of Christians who have supported the Jewish people and the State of Israel throughout the last 200 years.Friends of Zion hosts thousands of Guatemalan tourists every year. The Guatemalan delegation includes 40 members of the Guatemalan government.“The Friends of Zion and our 40 million supporters look forward to the moving of the Guatemalan Embassy [on Wednesday] and to the even stronger relations that will come because of it,” the organization said.The Friends of Zion, including its late international chairman, former president Shimon Peres, has presented awards to US president George W. Bush, Crown Prince Albert II of Monaco and Bulgarian president Rosen Plevneliev for their unwavering support for the State of Israel and the Jewish people.Recently, the Friends of Zion Award was presented to US President Donald Trump, Ambassador to Israel David Friedman, senior adviser Jared Kushner and special envoy Jason Greenblatt.During the past year Friends of Zion hosted more than 150,000 people, such as NBA players, including Omri Casspi, NFL players, actors, singers, government ministers and European Union members.sign up to our newsletter

On TWB This Saturday!