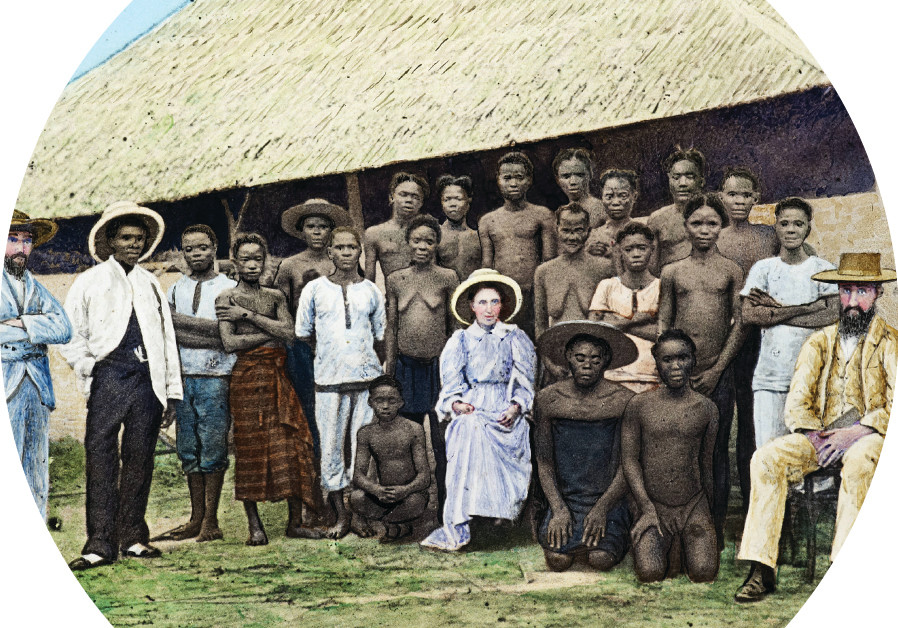 Three ladies, Three lattes: What’s your position on missionaries? Recently, a Christian missionary stopped my son at a street corner and started to engage him in a discussion about Jesus. My son is 16, and was fascinated. When he told us about it, my husband declared that missionaries should be banned in Israel. What do you ladies think? Beth
Tel Aviv Tzippi Shaked:It was in Tel Aviv that I met a black refugee from a country other than Sudan. Israel had helped her family integrate here; her sons attended Israeli universities. Over coffee she expressed her gratitude to her new homeland and confided her plans to establish a church where, guided by her love for Israelis, she would convert them to Jesus’s fold.At a beauty salon I met another. We sat side by side waving our toes, comparing American and Israeli pedicures. She was a non-Jew who’d moved to Israel decades ago and lived in a well-known community outside Jerusalem. She and her husband hosted Passover Seders, converting guests to the teachings of Jesus. They had many successes, she boasted.There are others. Some got to two “lost” Jewish boys I know who’d been on shlihut in California with their family. After their (rabbi) father died unexpectedly of a massive heart attack, the sons returned quickly to Israel. Bereft and in their teens, the kids sought solace in sports. It was at the Maccabi games that missionaries preyed upon their disconnect and loneliness. They invited them to “after-Maccabi-games parties” and spread the good gospel with plenty of accompanying hugs and “love.” Today, both boys are grown men and part of the Messianic movement, preying on others.We must copy missionary techniques – hugs and love – not to entrap, but to keep alienated Jews within our fold. Are Christian missionaries a danger? Most definitely. To Israel’s true Christian friends: We don’t object to your praying, only to your preying.
Danit Shemesh: While missionaries often know more about the significance of Jews than many Jews themselves, they are dangerous and cultish. They consider Jews fat fish, great catches. If they can convince a Jew of their ways, they have a potent, more authentic vote for their truth. They have converted a keeper of monotheism.My eight-year-old grandson picked up a brochure in our neighborhood. He commented on how strange it was: “Moses” exclaiming how wrong he was, that “we” had made a mistake. When we looked closer we saw it was the work of missionaries, disguised as religious Jews.Why do they camouflage their texts? Why do they cover over their identities? Like thieves in the night, they sneak up on small children, offering candy or throwing around colorful, magnetic brochures. The reason is, of course, that we are not easy to convert. We deeply believe in our truth, our history, our faith – a fact that they respect.Just in case my friend Pam compares the haredim with missionaries, an essential difference is that we are honest. We invite, we do not manipulate or disguise ourselves as benevolent allies in the spiritual jungle. We teach Judaism to whoever wants to learn. Sometimes things only seem comparable superficially; a closer look shows the difference between a conscientious Jew and a disrespectful proselyte.The idea that God has only one son is foreign to us. We are all God’s children.We are a Jewish state; allow us to be just that. Christian missionaries have no place here.
Pam Peled:

Decades ago a Christian nun tried to covert me for the entire duration of a bus ride from Jerusalem to Beersheba. As we disembarked, I asked her why. “When I die and God asks me why I neglected to save you,” she explained, “I want to prove that I did my best.”To my eternal gratitude, I am not easily converted. My family is functional, my education is sound; I am not running away from loneliness, spiritual angst or substance abuse.Missionaries, be they Christian, Hare Krishna or Aish HaTorah, prey on insecurities and pain. God – any God – embraces and forgives, and provides initiates with communities, uniforms, rituals and lots of love. Just give them your soul, and sometimes your money; they’ll give you a life and a truth and the family you’ve never had.I am not a fan of missionaries of any kind. Despite Danit, I do feel that “Aishing” vulnerable youngsters is just like showing them the light of Jesus. But we still, for the time being at least, live in a democracy. Stop people from talking and it’s a slippery slope to a theocracy, or the kind of country that Stalin ran, or Mao Zedong. Is that what anyone wants? Yes, we are a Jewish state; we want our kids to remain in the fold. We need to educate them to think, to feel secure and loved, and to be productive members of society who fulfill their civic duties. Then pamphlets, no matter how colorful, won’t endanger their mortal souls.Comments and questions: [email protected] Three Ladies, Three Lattes is available at www.ktav.comsign up to our newsletter

The Blessing of Work

The Struggle is Real