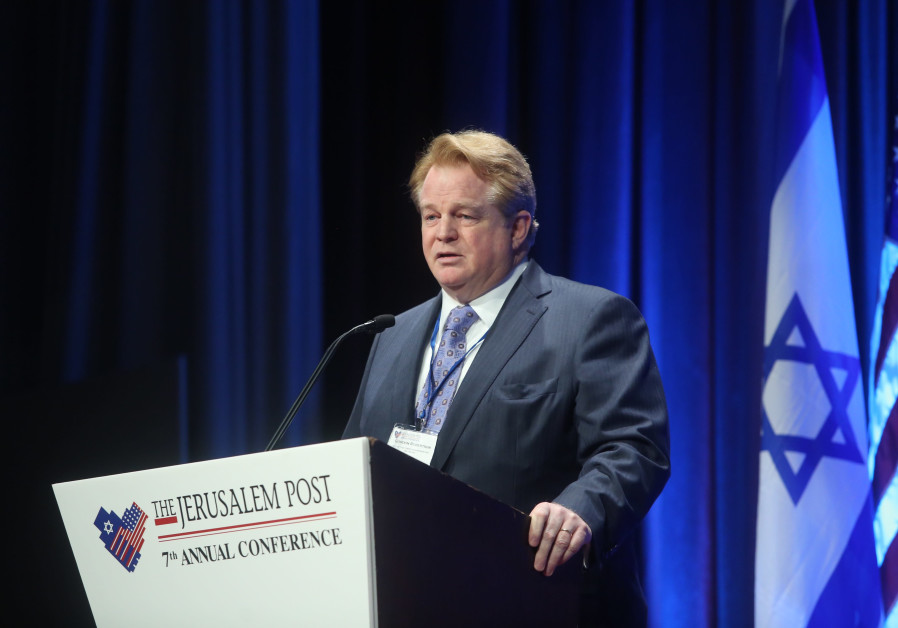 The Christian Broadcasting Network is changing the narrative about Israel

“We want to tell the real story of what Israel is doing,” Robertson said.

“I realized Israel has a PR problem,” the CEO of the Christian Broadcasting Network, Gordon Robertson, told the Jerusalem Post Annual Conference on Sunday. “Israel is constantly is subjected to inflammatory words like ‘occupation’ and ‘apartheid,’ but having been to Israel so many times, I said we must do what we can to change the narrative and combat the boycott, divestment and sanctions movement and tell the real story of what Israel is doing.”For the past five years, that is exactly what CBN has been doing. With its documentary films like Made in Israel, which spotlights the many innovations created in the Jewish state to In Our Hands: the Battle for Jerusalem, which shows the bloody battles behind the Six Day War, the network is dedicated to showing a side of Israel that most people are not exposed to. “We want to tell the real story of what Israel is doing,” Robertson said. “One of those real stories is how a tiny nation the size of New Jersey is punching way above its weight class in providing humanitarian aid around the world.”That story was told in the CBN documentary To Life: How Israeli Volunteers are Changing the World, which was released in time for Israel’s 70th birthday. The documentary follows five Israeli organizations who help people in the most dire of situations. Earthquake victims who must be pulled out of the rubble of an earthquake, Syrian refugees who escaped their home and arrived alone and hungry at the foreign shores of Greece, and Africans searching for new methods to combat drought are just some examples of the people who are helped by the uniquely Israeli drive of being “a light unto the nations.”“I’m always interested in finding out the motivation of volunteers,” Robertson said. “I was expecting to hear volunteers talk about Tikkun Olam (the rectification of the world), but instead I heard the universal reason behind their work – to be a light unto the nations.”“That stunned me,” he added.To foreigners, that disclosure may be a revelation. But to sabras, it’s just part and parcel of being an Israeli.sign up to our newsletter